Getting to Know a Native

Find this article at:
go.ncsu.edu/readext?458754
— Written By Al Hight and last updated by Roben Jarrett

Redbuds are native small flowering trees in shades of lavender to pink that bear their flowers closely along the stems. In the genus Cercis, these plants are among the easiest of all to identify when the heart-shaped leaves emerge. The standard redbuds need a bit of shade protection from the hottest part of the day. Glossy-leafed selections such as ‘Texas White’ and ‘Oklahoma’ work well in full sun. They aren’t too fussy about soil as long as it’s well-drained but you’ll get better performance where organic matter has been added. 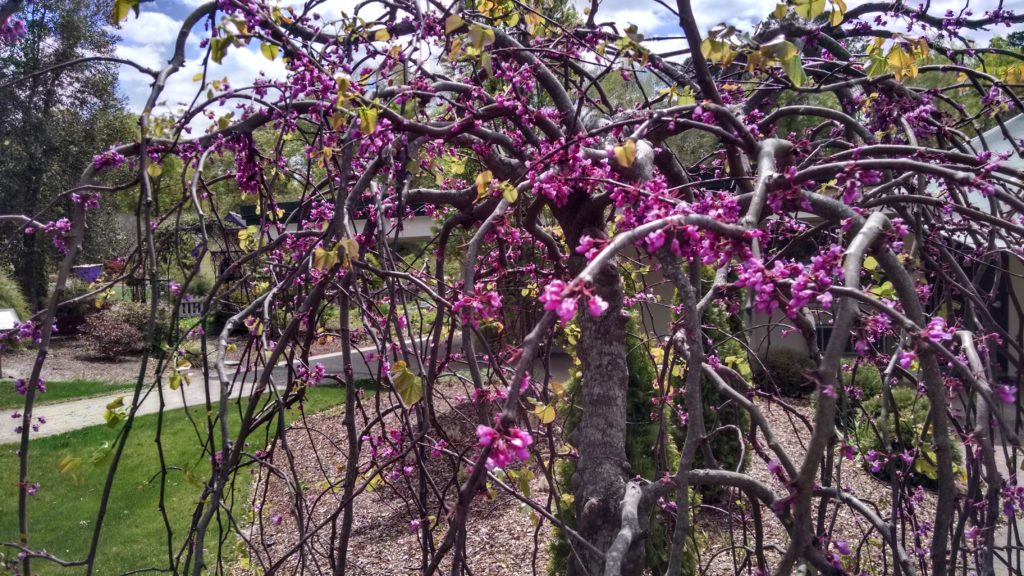 ‘Forest Pansy’ with its purple new growth is still the most popular redbud selection. The purple won’t last once the heat turns on, but a freshly-leafed ‘Forest Pansy’ is a sight to behold. Give it plenty of room in a place that gets some protection from the hottest midday sun and you’ll get the best performance.

Another wide-spreading redbud with purple leaves is sold as Burgundy Hearts. We have had this one in the Arboretum Display Garden for several years. It definitely holds the purple color much better than ‘Forest Pansy’.

‘Merlot’ also sports purple leaves and was developed at N.C. State University. It has not performed as well as Burgundy Hearts. 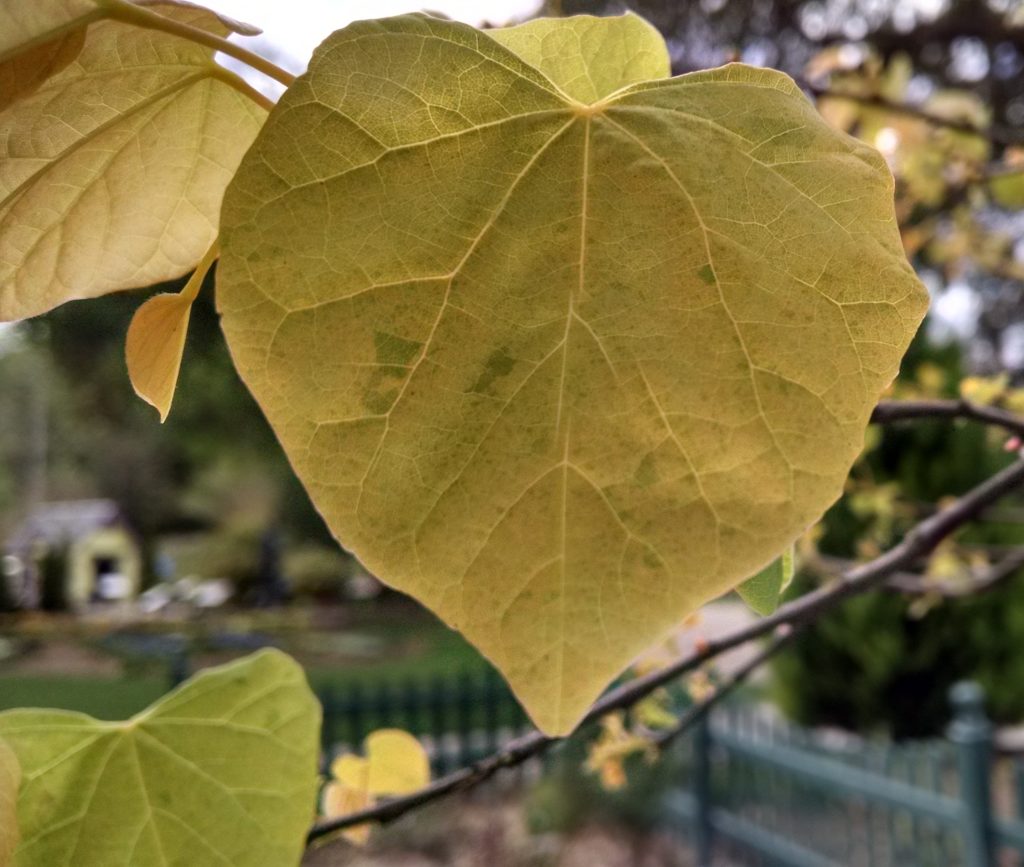 ‘Rising Sun’ is one of my favorite redbuds in the Display Garden. Occupying the bed between the Picnic Area and the Herb Garden, this selection isn’t about the flowers which are pretty typical. The leaves emerge with a yellow-green color. As the leaves mature they display red to orange colors that, given the right back light, will surely inspire a sonnet or two.

One we’re looking to add is Carolina Sweetheart that was developed by Dr. Tom Ranney. Variegated leaves with shades of red and pink are spectacular. Since it was developed in the relatively cool climate of the mountains of North Carolina, we’re not sure how well it will perform in the Wilmington area.

There are several weeping redbuds in the trade – ‘Covey’,‘Traveller’, and ‘Ruby Falls’. Yes, “Traveller” is spelled with two l’s because it’s named after Robert E. Lee’s horse. You’ll also find ‘Covey’ sold under the trademarked name Lavender Twist. ‘Traveller’ is a much better plant for us that ‘Covey’. Unfortunately, ‘Traveller’ is much more difficult to find. ‘Ruby Falls’ puts on a show as it leafs out with dark purple leaves. But, ‘Forest Pansy’ is the parent that provides the color, and, like its parent, the color fades quickly.

If you’re limited on space try the National Arboretum release of Chinese redbud ‘Don Egolf’. Grown as a multi-stemmed shrub or small tree, Don Egolf has flowers in a rich hue of purple/lavender.